Hampstead Garden Suburb has been, from the beginning, a planned community. It has not grown up piecemeal, or through the work of speculative builders, but was carefully designed in terms of architecture, landscape and town planning. It is recognised worldwide as one of the most important utopian developments of the nineteenth and twentieth centuries.

Hampstead Garden Suburb covers some 880 acres (excluding the Heath Extension which is technically separate from the Suburb). The Suburb comprises over 5,000 properties which range from studio flats to some of the largest mansion houses in London. There are examples of the most influential town planning developments and architectural styles of the early twentieth century. It has the greatest concentration of statutory listed buildings in the Borough of Barnet (two Grade I, forty one Grade II*, and seven hundred and forty Grade II Listed buildings). St Jude-on-the-Hill, the Free Church and the former Institute (now Henrietta Barnett School) in Central Square, are the major public buildings in Britain by Sir Edwin Lutyens.

Trees and the landscape were of particular importance to the design and philosophy of the Suburb. The history of the Suburb is of 100 years of a managed environment where the character and appearance of the architecture and landscape have been successfully protected.

The Suburb has an exceptionally active community life, supported by the Residents Association and a web of community groups of many kinds.

In recent years the combination of a vigilant Residents Association, local authority control and the guidance, influence and close control of the Trust has proved exceptionally effective. The need for this cooperation and care continues. 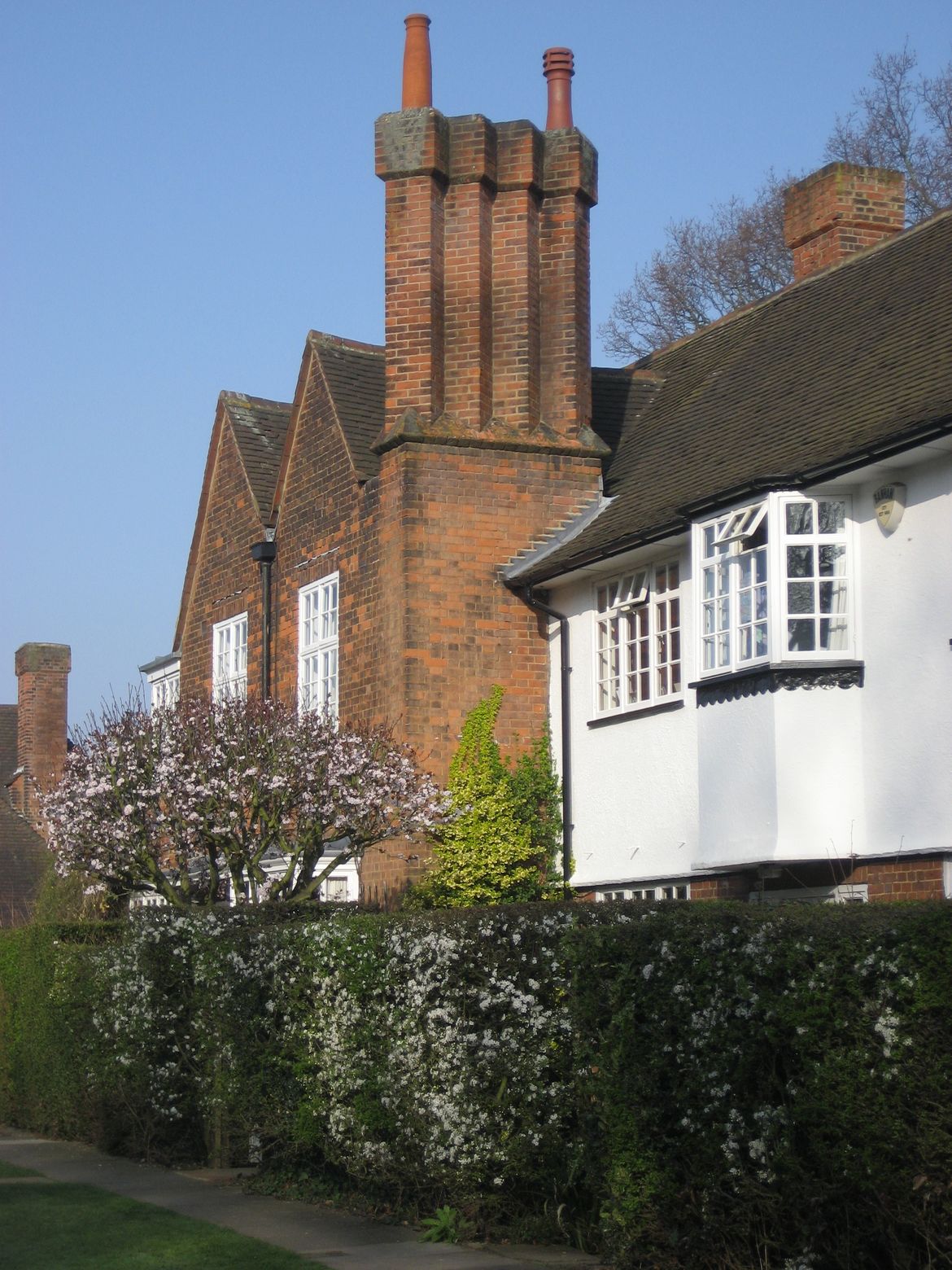