The History of The Suburb

The history of the Trust and the Suburb is complex. What follows here is a brief overview.

Henrietta Barnett and the Beginnings of the Suburb

The idea of building a residential Suburb for people of all incomes and classes began with Henrietta Barnett. Wife of Cannon Samuel Barnett, vicar of St Jude’s, Whitechapel, she had been inspired by her personal experiences of the poverty and appalling living conditions in her husband’s inner city parish to seek better housing for the poor.

The Barnetts had a weekend house overlooking the Heath at Spaniards End and to the north of this lay acres of heath and farm land owned by Eton College. With the opening of Golders Green station in 1900 there was a very real prospect of developers covering the land with standard bye-law housing. This impelled her to lobby for its retention as public open space and to draw up plans for a new residential area in the remaining acres where she could put her ideas into practice. She was determined that the development would offer a very different approach to the standard developers' housing of the period. It was to be a social as well as an architectural experiment.

"The houses will not be put in uniform lines nor in close relationship built regardless of each other, or without consideration for picturesque appearance. Great care will be taken that the houses shall not spoil each other's outlook, while the avoidance of uniformity or of an institutional aspect will be obtained by the variety of the dwellings, always provided that the fundamental principle is complied with that the part should not spoil the whole, nor that individual rights be assumed to carry the power of working communal wrong."

She aimed to include a variety of classes as a community where the richer residents subsidised the rents of the poorer, and all lived in well-designed houses attractively grouped at low density and surrounded by gardens, bounded by hedges. There would be access to a variety of open spaces and the housing would be enhanced by the retention of significant areas of indigenous woodland, ancient hedgerows and mature Oak trees. Allotment gardens would be included in the layout to enable residents to grow their own food.

Henrietta Barnett felt strongly "that the estate be planned not piecemeal, but as a whole". To realise her dream she appointed Raymond Unwin as master planner of the new Suburb. He was at the time involved in the design of Letchworth, the first garden city.

Unwin's primary concerns were to avoid monotony and uniformity in the development by rethinking standard street layouts to make use of existing contours and natural features. The overall plan includes gently curving roads, intimate closes and grand vistas.

Unwin's town planning principles for the Suburb were outlined in his book "Town Planning in Practice" published in 1909. The book included several of the newly completed housing groups at Hampstead, as well as examples of medieval Bavarian towns which had been the inspiration for his layout. Unwin had attempted to produce a unique type of settlement in the layout and design of the Suburb. His concept for the design of the groups of houses was so experimental that Unwin needed an act of Parliament to enable his ideas to be realised.

The houses and flats throughout the Suburb are by the best domestic architects of the day. The landscape includes many fine trees, often pre-dating the houses and retained in the masterplan to give maturity to the landscape. Hedges were chosen as the boundary treatment between houses, and this remains so today, lending the Suburb a green, leafy quality unusual in urban development.

The ecclesiastical and educational buildings in Central Square are the major public buildings in England designed by Edwin Lutyens. Henrietta Barnett insisted she chose the site for the "houses of worship", being the highest point of the site. Unwin, with Lutyens, created a formal centrepiece with the spire of St Judes dominating the space, visible from miles around.

Building in the Suburb was begun in 1907, and the development quickly grew from the originally purchased land to newly acquired land to the east. Initially, the cottages were built for rent at low rates, but after the First World War, rising construction costs ended the ability of the private sector to provide such housing. Thereafter, the Trust ensured coherence in design and retained control over subsequent changes through its architect from 1915 to 1951, J C S Soutar, but many of the houses were aimed at a more affluent market.

Protection and the establishment of the modern Trust

The 1967 Leasehold Reform Act made it possible for residents to purchase the freeholds of their houses. This left the ground landlord none of the control possible under the covenants of the old leases to protect the character of their estates. The cohesive character of residential areas previously ensured by a single landlord could be damaged by the interests of newly enfranchised homeowners wishing to maximise their freehold asset.

Many residents of the Suburb were concerned that the finely balanced appearance of the area would be degraded by careless alterations - changes to windows and doors, removal of boundary hedges, unsympathetic extensions and ugly dormer windows. The original Trust had become moribund and by 1969 had been wound up. In 1968 the New Hampstead Garden Suburb Trust was set up to "do all things possible in order to maintain and preserve the present character and amenities" of the Suburb. This organisation had little real power at that time, but could influence other bodies, such as the local planning authority, in protecting the special character of the Suburb.

The Suburb was designated a conservation area in 1969 by the London Borough of Barnet under the Civic Amenities Act 1967. Added protection was given by the imposition of an Article 4 Direction which removed some permitted development rights of householders within the conservation area, making it necessary to get planning consent for minor alterations such as replacement windows.

Even with these safeguards, it was felt by many residents that the character of the Suburb would be eroded by careless change. Thanks to their well-informed lobbying, the 1967 Leasehold Reform Act enabled the ground landlords of selected 'well run' estates to apply to the High Court to set up a Scheme of Management which would bring many alterations to the appearance of the estate back under their control. In 1974 the New Hampstead Garden Suburb Trust was thus empowered to control changes to the appearance of the enfranchised buildings and landscapes of the area. It also offers advice to residents and building owners on the repair and sympathetic alteration of their homes and gardens.

The modern Hampstead Garden Suburb Trust (“New” was dropped from the title in 2006) is a registered charity and a private limited company. It holds the remaining freeholds from the Suburb estate and the associated covenants. These, combined with the powers exercised under the Scheme of Management, enable the Trust to maintain a uniform control over nearly all Suburb properties and the trees, hedges and many of the communal areas around them. Control of the public highways and the larger open spaces rests with Barnet Council and Transport for London.

Today the Suburb survives relatively intact, reflecting Henrietta Barnett's and Raymond Unwin's original vision. It is visited and enjoyed by many as, in Nicolaus Pevsner's words, "that most nearly perfect example of the English invention and speciality, the Garden Suburb". It remains a very popular place to live.

In Country Life in October 1936, Christopher Hussey wrote "As an example of creative planning, the Suburb must be recognised as the most successful contribution to the problems of housing and of metropolitan expansion that has yet been made in this country". It is the Trust's aim to ensure that this achievement continues to survive as an attractive residential environment and milestone in the history of English architecture and Town Planning. 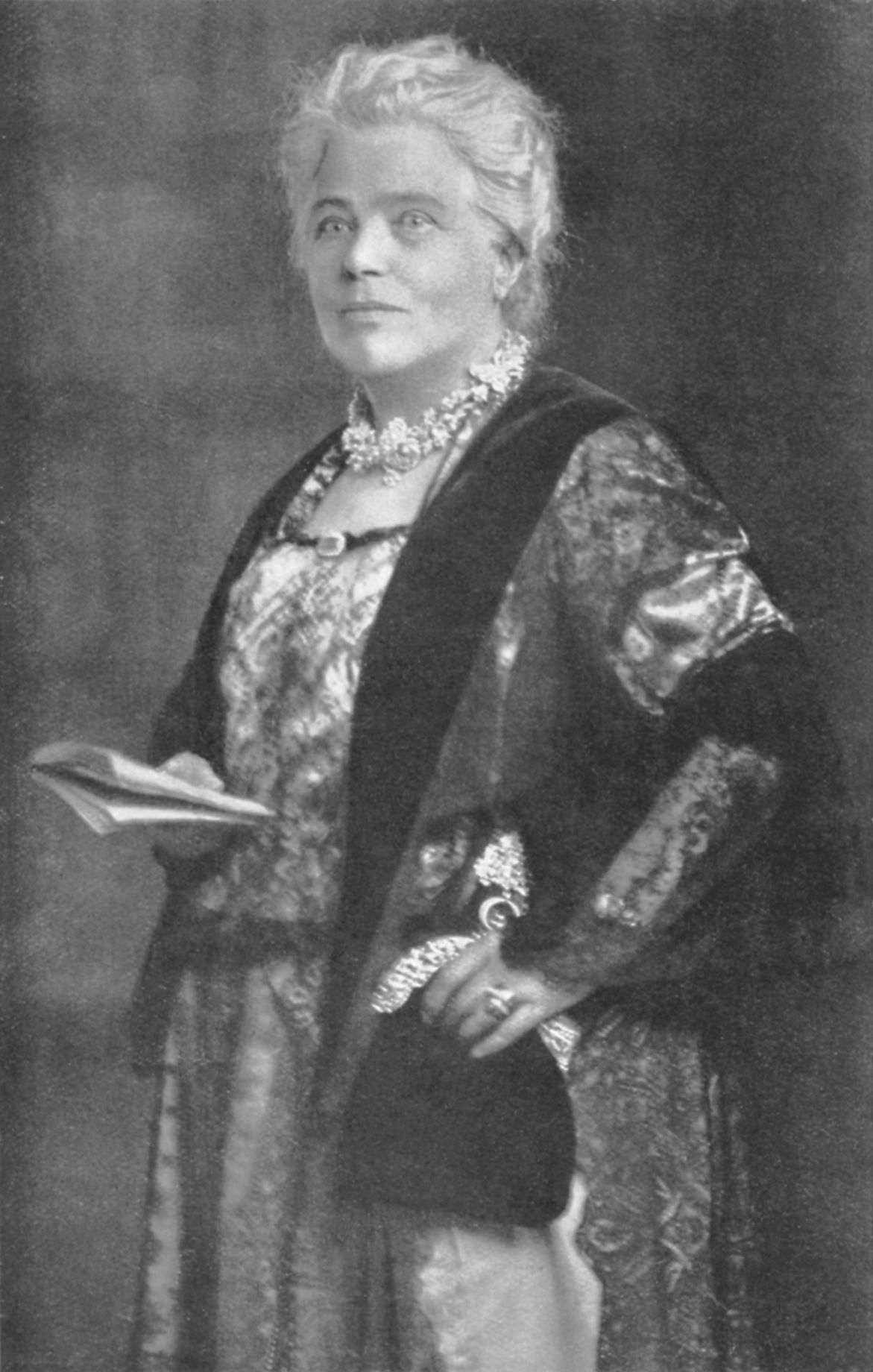 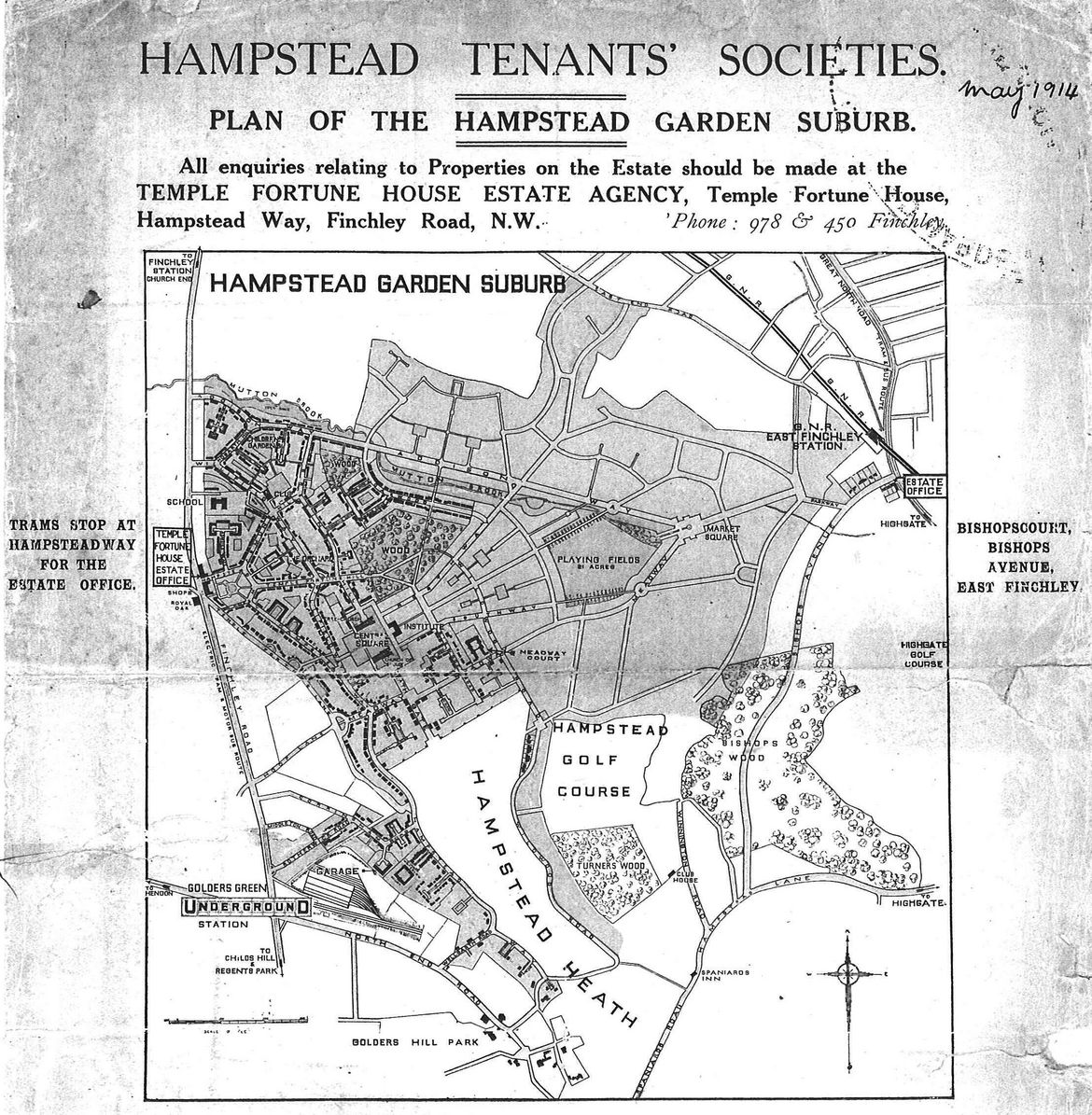 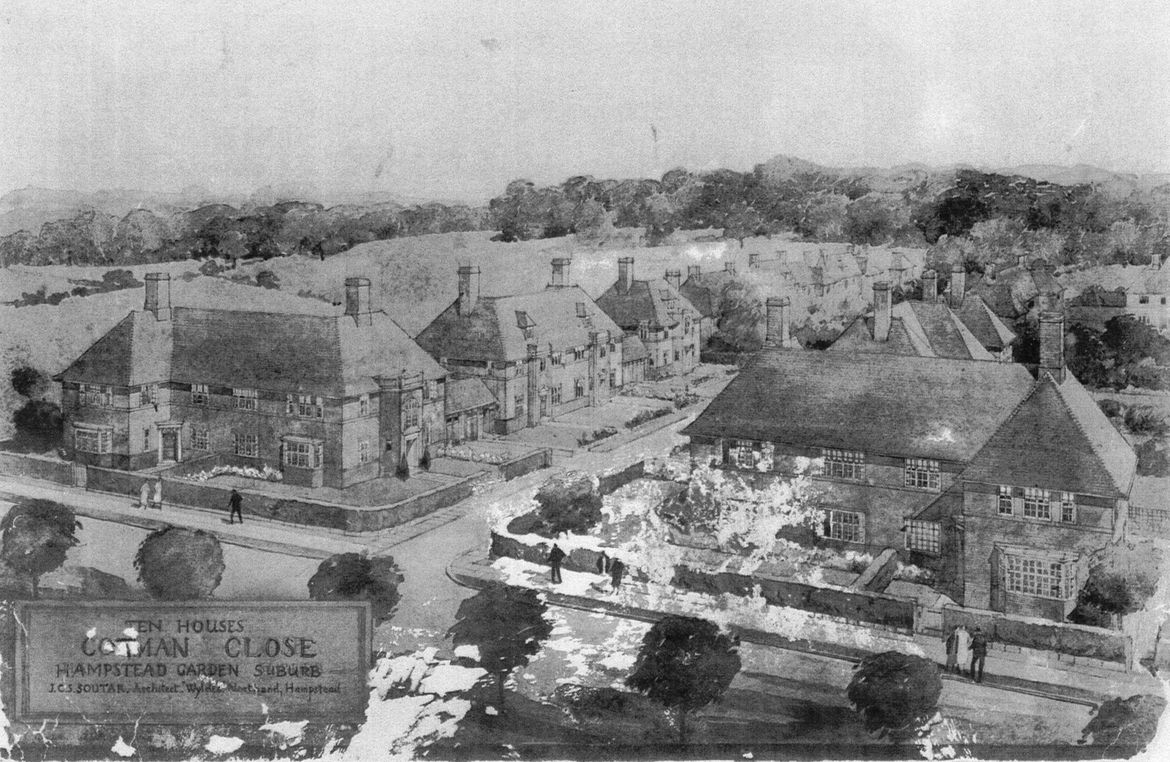 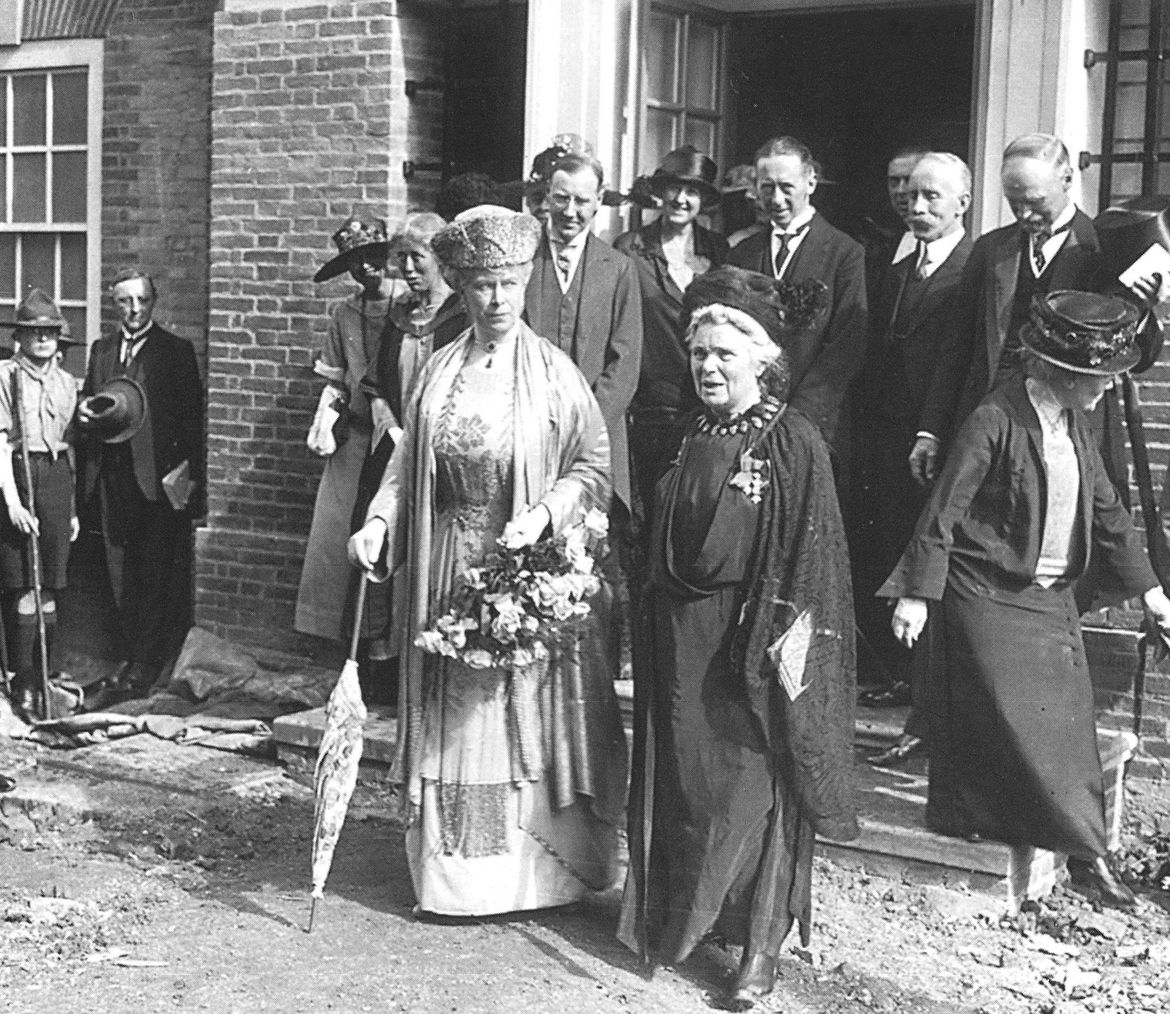 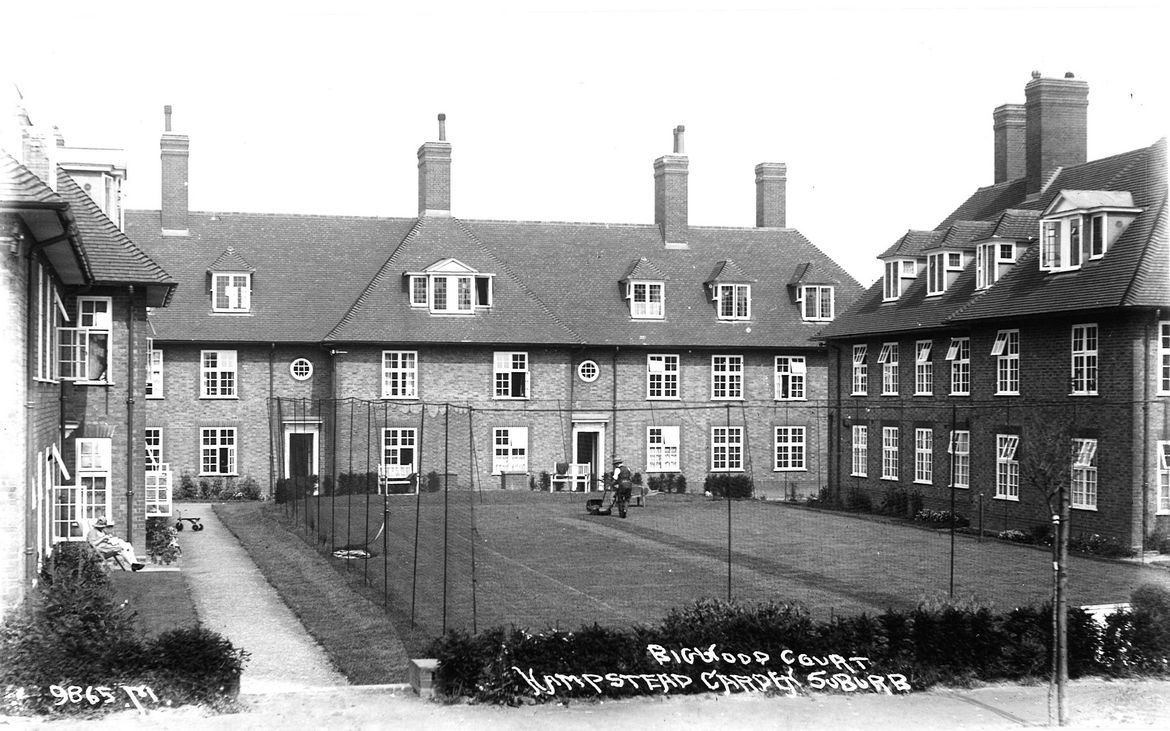 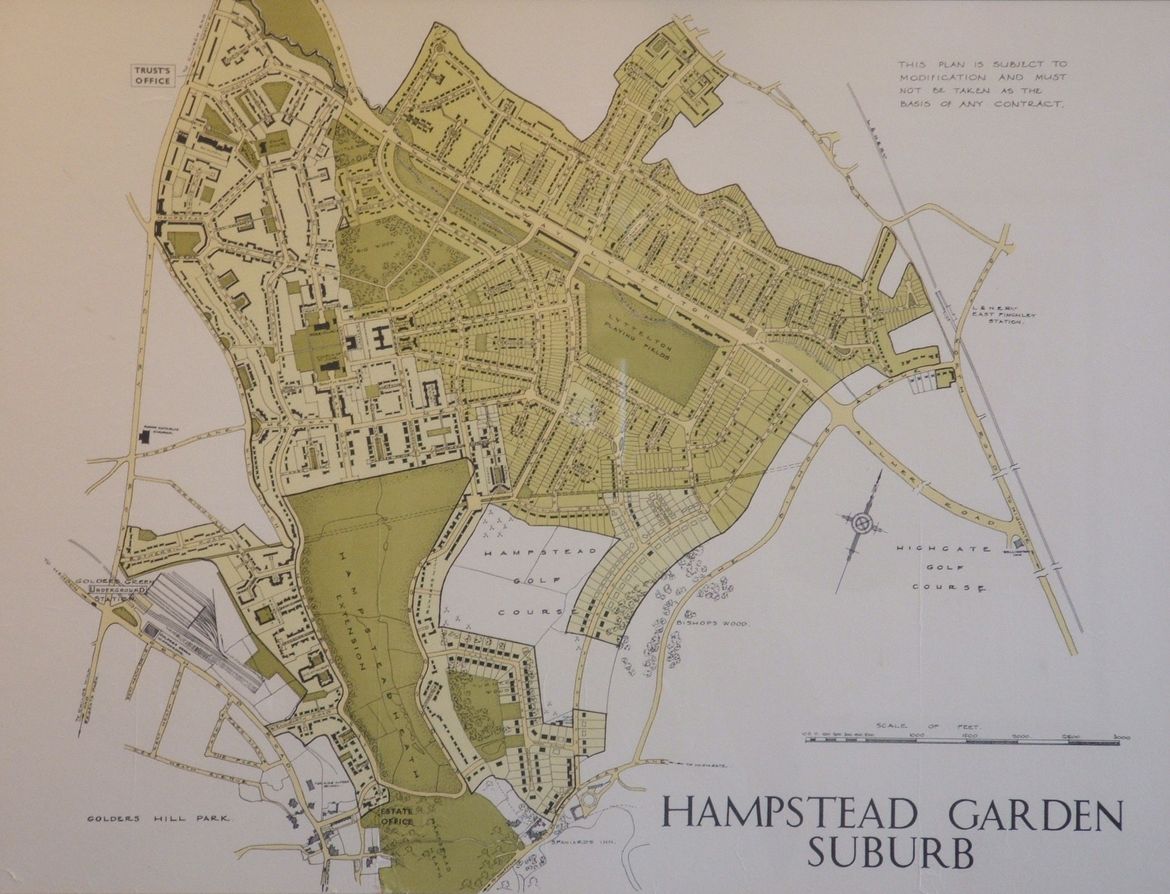 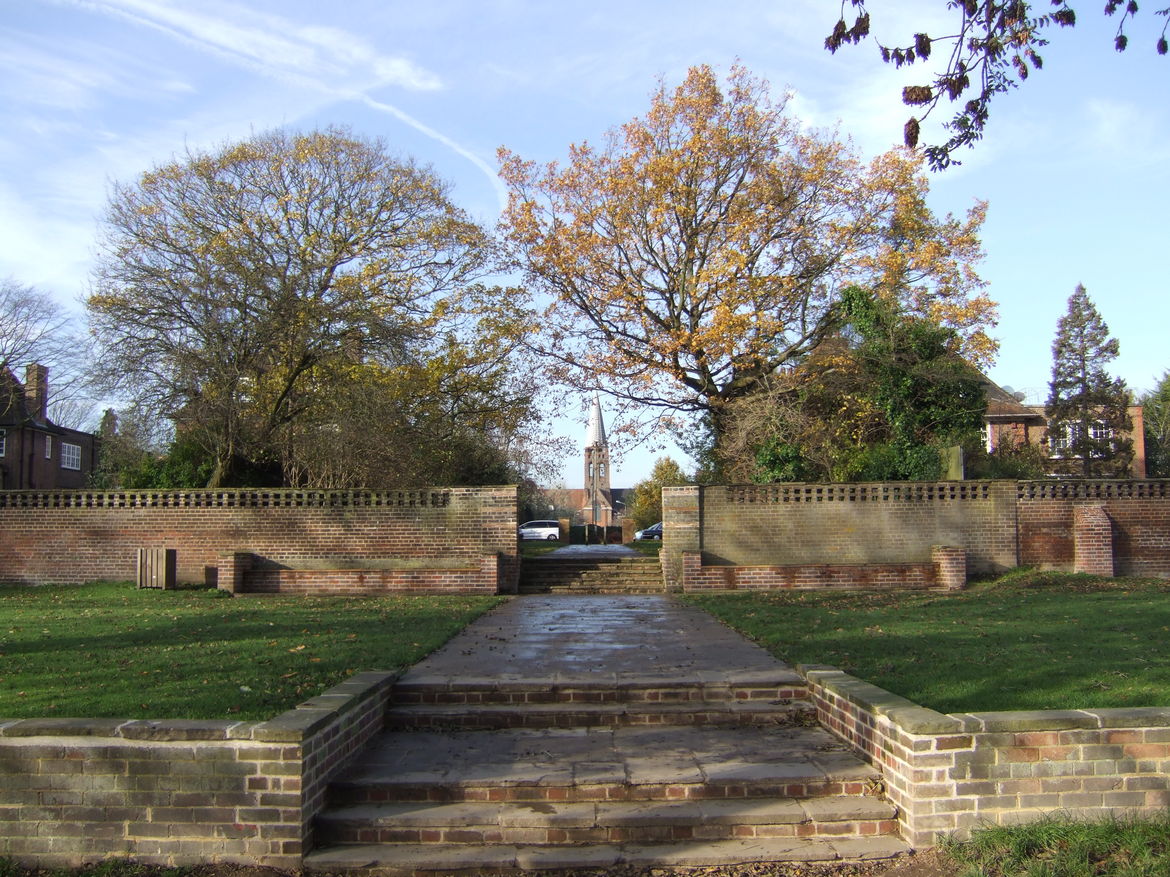