The Conservation Area Appraisal was prepared in collaboration with the London Borough of Barnet, the Hampstead Garden Suburb Residents Association and the Hampstead Garden Suburb Trust. It is a lengthy document which is divided into 22 character areas, including 5 areas of open space. Each character area has its own appraisal map. The appraisal was formally adopted in October 2010.

Each area's appraisal and map can be viewed via the links on the right. The documents are in downloadable PDF format. 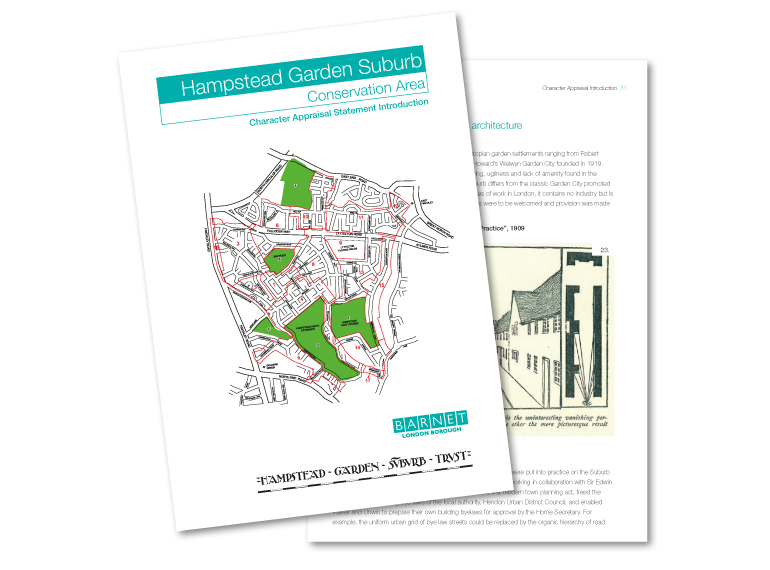