Described by Mervyn Miller as "a meticulous draughtsman,"[1] and "one of the most distinguished and prolific of all Garden City architects,"[2] Courtenay Melville Crickmer was born in early 1879 in London, the youngest of four children, to parents Charles and Ellen. In 1881 Crickmer is recorded as living at 15 Albert Road, north west London, along with both parents, his three siblings, and four servants.[3]

Crickmer was educated at Highgate School, after which he entered the office of George Aitchison (1825-1910), Professor of Architecture at the Royal Academy, to whom he served articles, staying on as his assistant in 1897, aged 18. He then attended the Royal Academy Schools and the Architectural Association School. It was around this time that he travelled in France, Germany and Italy.

The Green Lane cottages at Letchworth were entered into a 1905 'Cheap Cottages Exhibition', an initiative which was set in motion by The Country Gentleman magazine and supported by Letchworth Garden City as a means to promote the area. With only around 40 houses in the Garden City at the time, between 60-80,000 visitors were attracted to take a look at the pioneering "£150 cottages" on show.

In 1904, Crickmer became assistant to E.C. Pilkington and to Charles H.M. Mileham (1837-1913), before subsequently taking over Mileham's London office at No. 1 Lincoln's Inn Fields, where he commenced independent practice. In 1905, Crickmer married Milehams's daughter Mary.

Crickmer lived in Letchworth at Elmscott for the rest of his life, preferring to make the daily commute to his London practice.

Introduced by Raymond Unwin, Crickmer built his first cottages in Hampstead Garden Suburb between 1908 and 1910 for Hampstead Tenants Ltd. The properties include Nos. 8 and 10 Temple Fortune Lane (1908-9), 24-42 Willifield Way (even Nos.) (1908), and the junction now informally but affectionately known as 'Crickmer Circus' (1909-10). The pentagonal group concept seen at Crickmer Circus was Unwin’s, although Crickmer’s designs, according to Mervyn Miller, "realised its potential in a masterly fashion."[6]

Miller also describes Crickmer Circus as "a subtle and satisfying architectural statement," which "eases the transition to the Artisans' Quarter," from neighbouring Temple Fortune.[7]

In 1912 he built the odd-numbered 93-99 Corringham Road, a symmetrical group of four houses for middle class tenants, strongly influenced by Parker and Unwin.

By the outbreak of the First World War, when construction on the Suburb was all but halted, Crickmer was responsible for 70 buildings in Hampstead Garden Suburb.

During the First World War, Crickmer was appointed by Raymond Unwin, then leading the housing programme under the Ministry of Munitions, as resident architect of the first state-funded new towns at Gretna and Eastriggs on the Scottish border. The towns were created in response to the munitions crisis of 1915[8], supporting a huge new weapons factory being constructed nearby.

Crickmer, along with Unwin, Michael Bunney[9] and fellow Letchworth and Hampstead architect Geoffry Lucas[10], designed housing, schools, clubs and a cinema for the new Scottish towns.

Crickmer also designed a church at Eastriggs in early style with Arts and Crafts touches, dedicated in 1917 (Figure 9, below).

The church was category B listed by Historic Environment Scotland in 1987, along with a school attributed to Unwin and Crickmer; much of Crickmer’s housing here has also been granted a category C status.

Crickmer served as Unwin's Deputy Chief Architect for a short time during and after the War, in the newly-formed Ministry of Health, before returning to his private practice.

In 1919, Crickmer prepared a layout for Ebenezer Howard's new Welwyn Garden City, but he was ultimately disappointed when the contract was given to Louis de Soissons in April 1920. Crickmer's housing was, however, amongst the first to be built at Welwyn, on Handside Lane.

Throughout the 1920s, Crickmer was partnered with Allen Foxley and, either alone or together, they designed houses for Letchworth Garden City and Hampstead Garden Suburb for the next 20 years.

The houses at Maurice Walk are all by Crickmer and Foxley. The detached houses are more idiosyncratic in design. Nos. 2, 4, 27 and 31 have timbered, central gables enclosing the front door and forming a balcony at first floor level. These make a distinctive contribution to the character of the street.

Crickmer updated his designs as time went on, from the more traditional Arts and Crafts influences, through to Moderne in the 1930s, and post-Festival of Britain Modernism in the 1950s and 1960s, in line with prevailing architectural styles.

Crickmer designed the symmetrical group 37-49 (odd) Brim Hill in 1933. These houses combine traditional and new styles. First floors are rendered and the ground floors are brick.

Howard Walk was designed by Crickmer and built in 1935 in the white rendered Modernist style sold as "sun-trap". This is a distinctly English compromise in which Art Deco features are combined with a traditional pitched roof with plain tiles and hipped ends.

The horizontal windows are steel with opening lights on each side. Curved corner windows in many houses catch light from two directions and many have chevron vents in top centre, as at Nos. 15, 17 and 19. Some houses have the original semi-circular canopies with a teardrop pattern. Others have straight windows and angled porch canopy. There is visual unity in the grouping of detached and semi-detached houses. The views between houses over linked garages give flow and continuity.

Devon Rise (1934-37) has a similar mixture of traditional and modern features. The symmetrical group of four semi-detached houses on the west are more traditional, with downswept tiled roofs over projecting garages. Nos. 1-3 and 13-15 also have front dormers in the main roof and in the garage roof. On the east side, the houses have a more streamlined modern look. There is a pair of detached houses linked by garages and another semi-detached pair with central garages (figure 17).

Crickmer's wife Mary died in 1939 aged 64, when Crickmer was 60, and despite the interruption of the Second World War, he continued working into his seventies and eighties – "with renewed vigour,"[14] according to Mervyn Miller.

After the War, Crickmer led a design team, The Associated Architects, comprising Leonard Brown, Robert Hall and John Tickle, as they worked on G.A. Jellicoe's new Grange Estate layout at Letchworth. This was built between 1948 and 1953.

Between fishing and sketching to pass the time, Crickmer occasionally came out of retirement, finally designing Grange Baptist Church at Letchworth, in association with W. Knott, in 1963-64. There was also a small commission for alterations and new entrance gates for 'Crossways', Hitchin Road (1906), one of his first Garden City houses.

Courtenay Crickmer died on 24 January 1971 at Letchworth Hospital, aged 91. He was buried at St Mary's Church, Old Letchworth, where he had worshipped, and for which he had designed a vestry in 1932. His daughter, Josephine Cruse, subsequently presented his drawings and records to the First Garden City Heritage Museum at Letchworth.

His final designs for Grange Baptist Church were typical of the period, and further showed how, despite such a long career in Garden City design – some 60 years – Crickmer remained in touch, not only with contemporary styles, but also with complex design, well into his eighties.

[8] A shortage of artillery shells for the British Army during World War I. 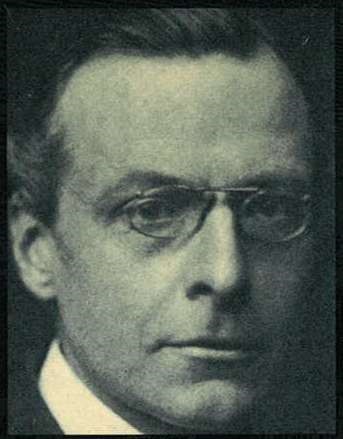