Charles Paget Wade, born in Kent in 1883, is arguably now best known for Snowshill Manor in Gloucestershire. He bought the estate in 1919 and spent the rest of his life carefully filling it with antiques, art, and crafts from around the world. It is now a popular National Trust property, kept very much in line with Wade's original intentions.

But before Snowshill, Wade had qualified as an architect, and started his career in the office of Raymond Unwin in Hampstead Garden Suburb. He worked with Unwin from 1907-1911, and lived on the Suburb from 1909-1919.

Although Wade's contributions to the Suburb are small in number, he was asked by Raymond Unwin to detail a number of significant 'landmarks' of the early Suburb. Wade also contributed a large number of sketches and illustrations, including the below map, to Unwin's 1909 book Town Planning in Practice.

"Without Mr. Wade’s charming and imaginative pictures," the introduction runs, "the book would have been but imperfectly illustrated." 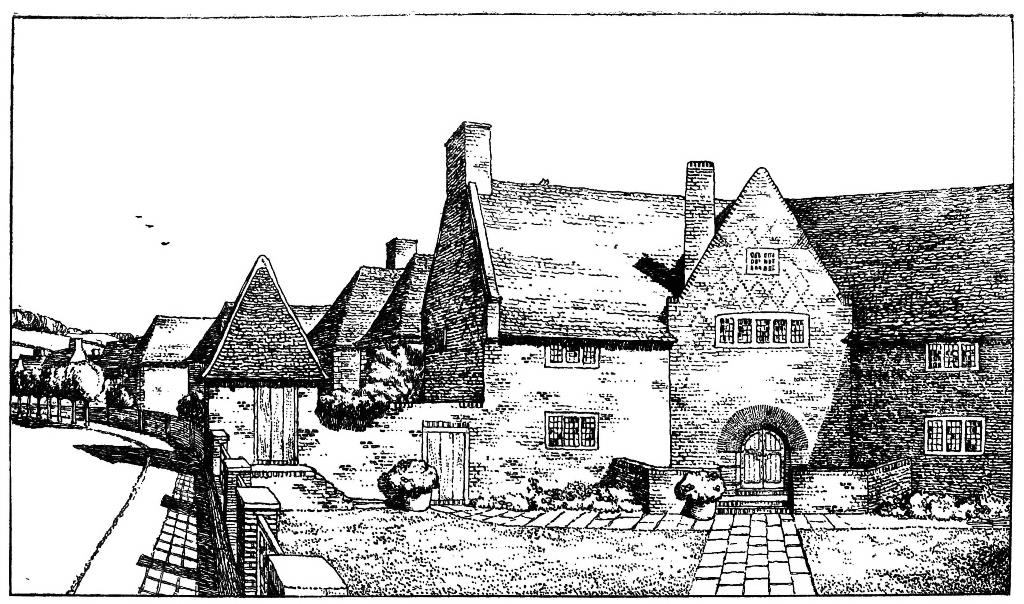