A description of the land on which the Suburb was built

A piece in the Times in January 1906 reported on "the proposal to form a garden suburb at Hampstead," one which had "been before the readers of the Times more than once."

There was clearly interest in the new scheme, and indeed "the conception of a garden suburb or garden city has by this time become familiar to most of us."

Returning to the contemporary newspaper reporting, it is interesting to try and picture what stood before the first brick had been laid at the Suburb.

"...the land could not be better situated for an experiment in suburb-making, for it has a distinctive character."

"A view over an open space, dedicated permanently to the public and under efficient management, is the greatest advantage that a London house can have…"

"Wyldes Farm...is hilly and varied in contour, and lends itself to diversified and picturesque treatment. On the highest knoll it is proposed to place a church and a group of public buildings, standing in five acres of open space."

The public buildings planned for what would become Central Square were later re-assigned to what is now the Market Place. This early design by Raymond Unwin had softer edges than the later plan, which was to incorporate Lutyens' formal centrepiece of the two churches and the Institute, now Henrietta Barnett School. 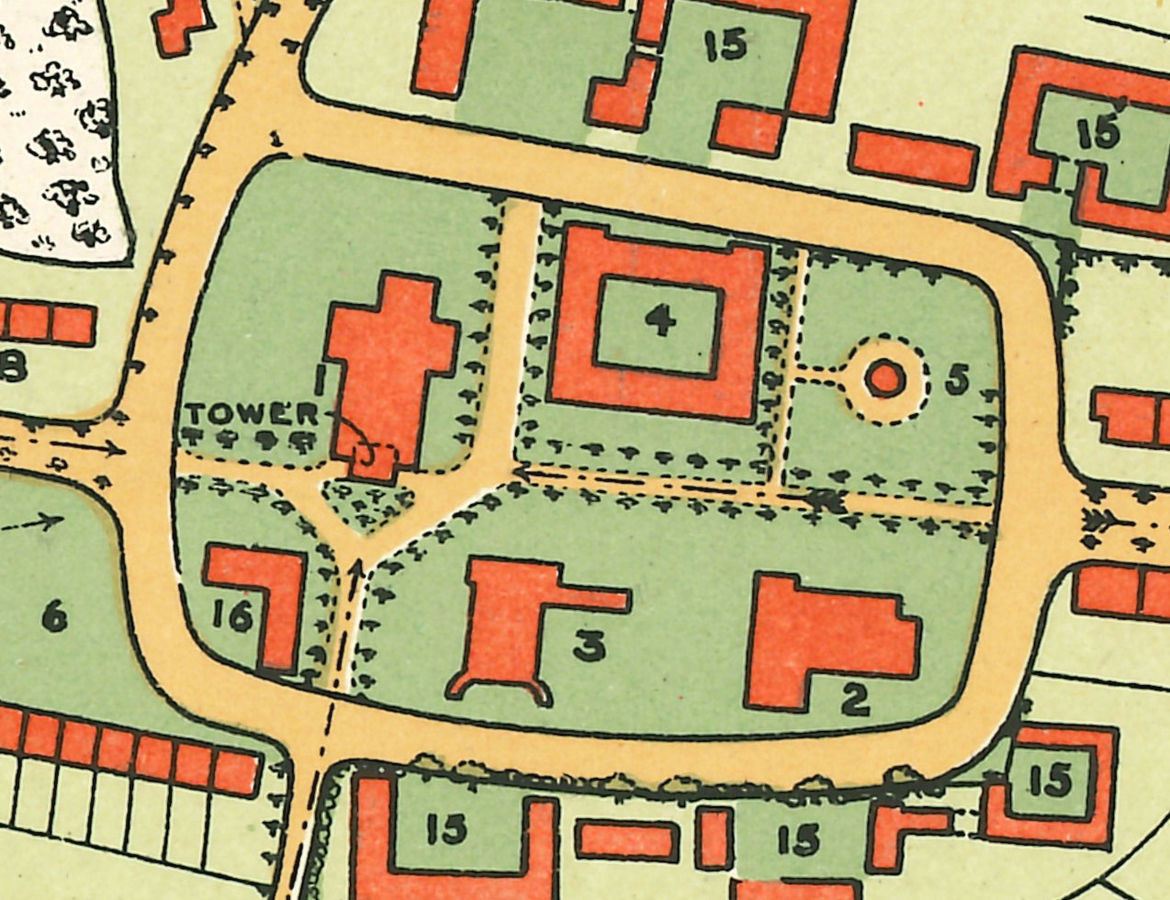 More detailed descriptions of elements of the scheme were given: "In other spots it is suggested that something in the nature of chambers standing round a quiet garden, such as delight us in old almshouses, may be constructed. And everywhere are to be trees and scraps of open space, lawns for tennis, and private gardens."

It is heartening to read such optimistic depictions of what could be done at Hampstead Garden Suburb and to realise how much of that plan remains visible today.

The Times article of 1906 is, among other things, an appeal for backing. The scheme they described could not come to fruition without the investment and buy-in. The paper makes one final appeal to its readers: "It would be difficult to suggest a more interesting or salutary application of a fraction of one of the great fortunes of the day than in promoting the formation of such a suburb at Hampstead."

Suburb Snippets
Click here to go back to the index.